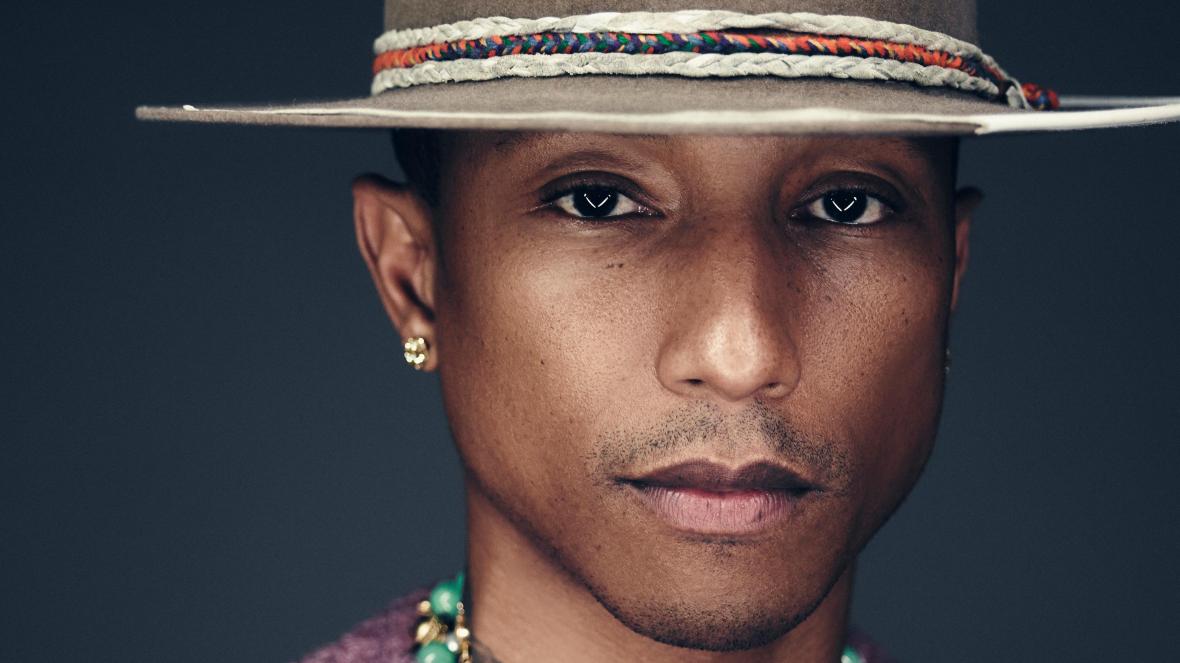 О себе : Pharrell Lanscilo Williams is an American singer, rapper, songwriter, record producer, fashion designer, and entrepreneur. Williams and Chad Hugo formed the hip hop and R&B production duo The Neptunes in 1994,with whom he has produced singles for various recording artists.In 1999, he became the lead vocalist of the band N*E*R*D, which he formed with Hugo and Shay Haley. He also owns I Am Other, a multimedia creative collective that serves as an umbrella for all of his endeavors, including the Billionaire Boys Club clothing retailer.Williams released his debut solo single, «Frontin'», in 2003. His debut solo album, In My Mind, followed in 2006.His second album, Girl, was released in 2014 and included the commercially successful single «Happy».He was featured on Daft Punk’s 2013 single «Get Lucky», which reached the top ten in the music charts of over 32 countries and has sold more than 9.3 million copies, making it one of the best-selling singles of all time. The song also won Record of the Year and Best Pop Duo/Group Performance at the 56th Grammy Awards.Williams has received numerous accolades and nominations. He has won 13 Grammy Awards, including three for Producer of the Year, Non-Classical. He is also a two-time Academy Award nominee, receiving a 2014 Best Original Song nomination for «Happy» and a 2017 Best Picture nomination as one of the producers of Hidden Figures.