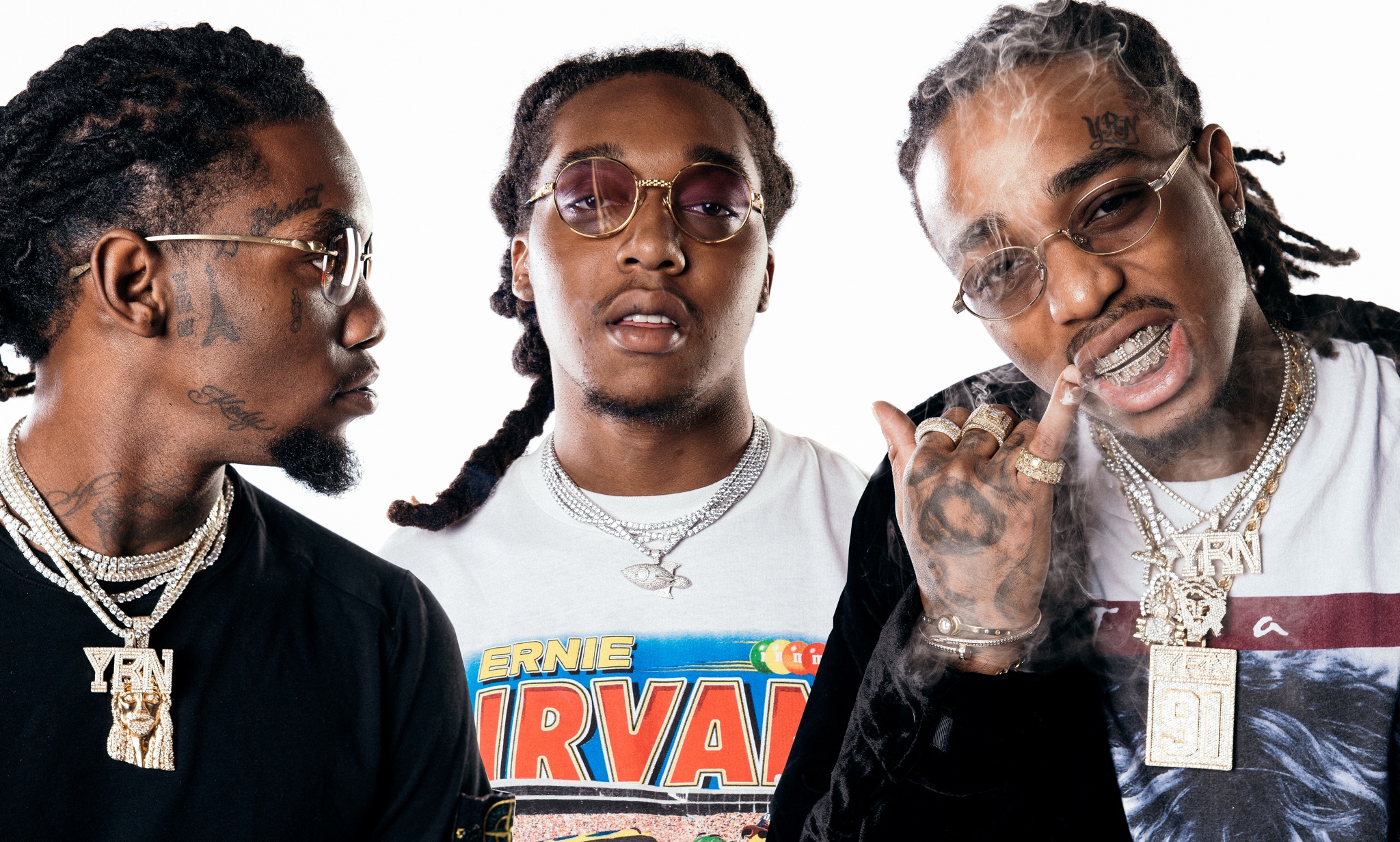 О себе : The Migos are an American hip hop trio from Lawrenceville, Georgia, founded in 2008.They are composed of three rappers known by their stage names Takeoff, Offset and Quavo. They are managed by Coach K, the former manager of Atlanta-based rappers Gucci Mane and Young Jeezy,and frequently collaborate with producers such as Zaytoven, DJ Durel, Murda Beatz, and Metro Boomin.Migos released their commercial debut single «Versace» in 2013, taken from their mix-tape Y.R.N. They have gone on to release several more singles, including «Fight Night», «Look at My Dab», and their four Billboard Hot 100 top 10 entries «Bad and Boujee», peaking at number one, «MotorSport», peaking at six, «Stir Fry», peaking at eight, and «Walk It Talk It», peaking at ten.Migos released their debut album Yung Rich Nation in July 2015, through Quality Control Music and 300 Entertainment. Their second album, Culture, was released in January 2017 also through both record labels, and debuted atop the US Billboard 200 chart.The group later signed a deal with Motown and Capitol Records in February 2017,and followed up the latter album with Culture II in January 2018, giving the group their second number one album in the United States.