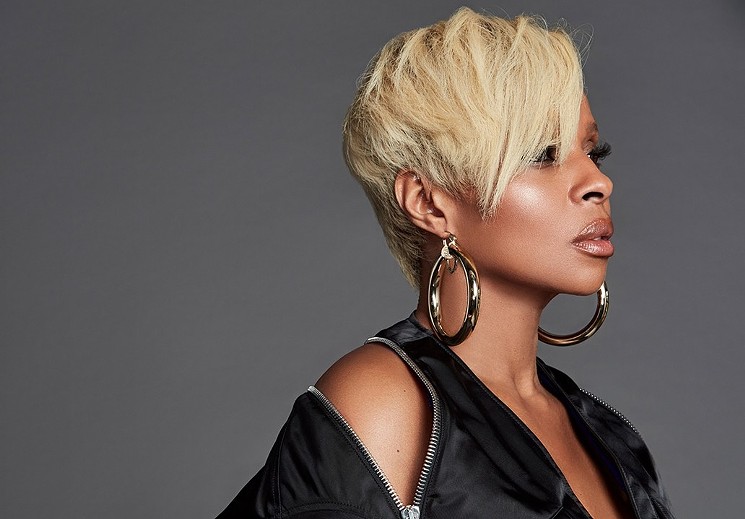 О себе : Mary Jane Blige is an American singer-songwriter, actress, and philanthropist. Her career began in 1991 when she was signed to Uptown Records.She went on to release 13 studio albums, eight of which have achieved multi-platinum worldwide sales. Blige has sold 50 million albums worldwide and 80 million records worldwide. Blige has won nine Grammy Awards, four American Music Awards, twelve Billboard Music Awards and has also received three Golden Globe Award nominations, including one for her supporting role in the film Mudbound and another for its original song «Mighty River». Furthermore, she also received a nomination for the Academy Award for Best Supporting Actress and Best Original Song, becoming the first person nominated for acting and songwriting in the same year. Since 2019, she has starred in The Umbrella Academy and Power Book II: Ghost.In 1992, Blige released her first album, What’s the 411?Her 1994 album My Life is among Rolling Stone’s 500 Greatest Albums of All Time,and Time magazine’s All-Time 100 Albums.She received a Legends Award at the World Music Awards in 2006, and the Voice of Music Award from ASCAP in 2007.Billboard ranked Blige as the most successful female R&B/Hip-Hop artist of the past 25 years.In 2017, Billboard magazine named her 2006 song «Be Without You» as the most successful R&B/Hip-Hop song of all time, as it spent an unparalleled 15 weeks atop the Hot R&B/Hip-Hop Songs chart and over 75 weeks on the chart.In 2011, VH1 ranked Blige as the 80th greatest artist of all time.ln 2012, VH1 ranked Blige at number 9 in «The 100 Greatest Women in Music» list.