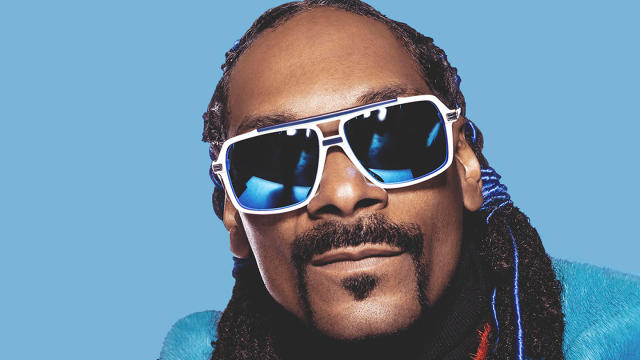 Haqqında : Calvin Cordozar Broadus Jr, better known by the stage name Snoop Dogg as well as Snoop Doggy Dogg and Snoop Lion,is an American rapper, singer, songwriter, producer, media personality, entrepreneur, and actor. His music career began in 1992 when he was discovered by Dr. Dre and featured on Dre’s solo debut, “Deep Cover”, and then on Dre’s solo debut album, The Chronic. He has since sold over 23 million albums in the United States and 35 million albums worldwide.Snoop’s debut album, Doggystyle, produced by Dr. Dre, was released in 1993 by Death Row Records. Bolstered by excitement driven by Snoop’s featuring on The Chronic, the album debuted at number one on both the Billboard 200 and Billboard Top R&B/Hip-Hop Albums charts. Selling almost a million copies in the first week of its release, Doggystyle became certified quadruple platinum in 1994 and spawned several hit singles, including “What’s My Name?” and “Gin & Juice”. In 1994 Snoop released a soundtrack on Death Row Records for the short film Murder Was the Case, starring himself. His second album, Tha Doggfather, also debuted at number one on both charts, with “Snoop’s Upside Ya Head” as the lead single. The album was certified double platinum in 1997.In 2012, after a trip to Jamaica, Snoop announced a conversion to Rastafarianism and a new alias, Snoop Lion. As Snoop Lion he released a reggae album, Reincarnated, and a documentary film of the same name, about his Jamaican experience, in early 2013. His 13th studio album, Bush, was released in May 2015 and marked a return of the Snoop Dogg name. His 14th solo studio album, Coolaid, was released in July 2016. Snoop has 17 Grammy nominations without a win. In March 2016, the night before WrestleMania 32 in Arlington, Texas, he was inducted into the celebrity wing of the WWE Hall of Fame, having made several appearances for the company, including as master of ceremonies during a match at WrestleMania XXIV.In 2018, Snoop announced that he was “a born-again Christian” and released his first gospel album, Bible of Love.On November 19, 2018, Snoop Dogg was given a star on the Hollywood Walk of Fame.He released his seventeenth solo album, I Wanna Thank Me in 2019.