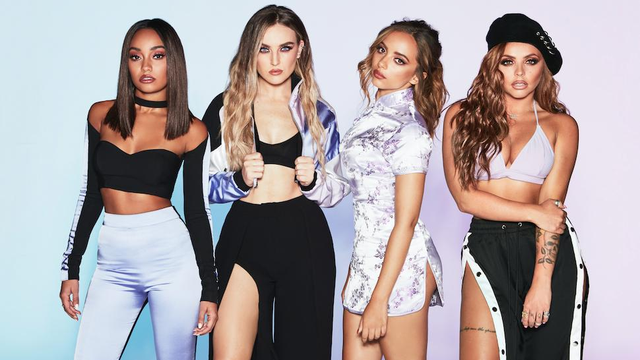 Haqqında : Little Mix are a British girl group formed in 2011 during the eighth series of the British version of The X Factor. They were the first group to win the competition, and following their victory, they signed with Simon Cowell’s record label Syco Music and released a cover of Damien Rice’s “Cannonball” as their winner’s single. The group is known for their strong vocals and signature harmonies, as well as their representation of female empowerment and unity.One of the most successful acts to emerge from The X Factor, the group consists of members Jade Thirlwall, Perrie Edwards, Leigh-Anne Pinnock, and Jesy Nelson.The group won Best British Single for “Shout Out to My Ex” at the 2017 Brit Awards and they won Best British Video for “Woman Like Me” at the 2019 Brit Awards; they have also received several other awards during their career, including four MTV Europe Music Awards, two Teen Choice Awards, five Global Awards, two Glamour Awards and nine Brit Award nominations. Their Glory Days Tour and Get Weird Tour are the fifth and eighth highest grossing tour for a girl group of all time, respectively,with the latter being the biggest-selling UK arena tour of 2016.As of August 2018, Little Mix have four platinum certified albums and sixteen certified singles in the UK.In 2018, Little Mix appeared on Forbes’ 30 under 30 Europe entertainment list.They have appeared on Debrett’s 2017 list of the most influential people in the UK,and on the Sunday Times Young Rich List for four consecutive years since 2017.