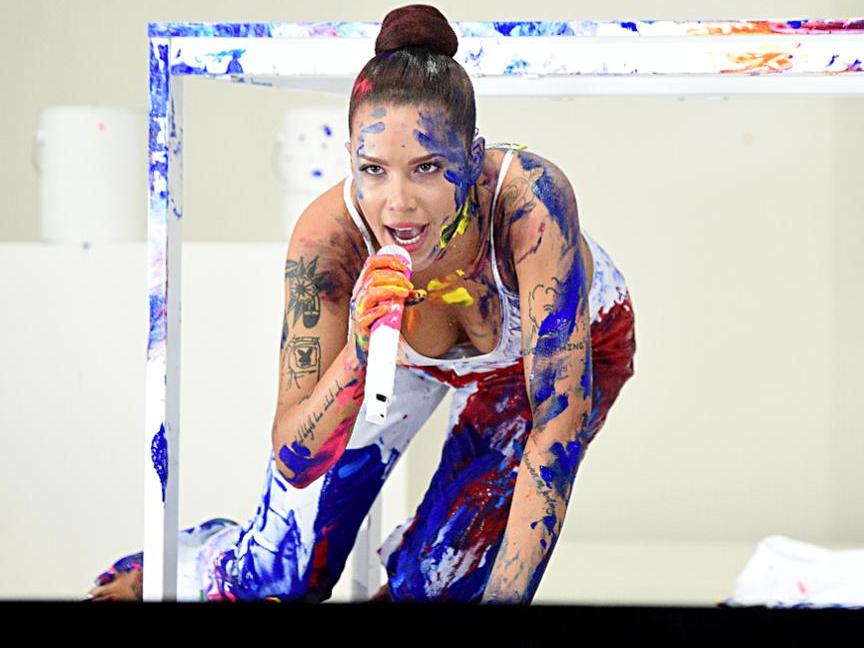 Haqqında : Ashley Nicolette Frangipane born September 29, 1994), known professionally as Halsey,is an American singer, songwriter and activist.Gaining attention from self-released music on social media platforms, she was signed by Astralwerks in 2014 and released her debut EP, Room 93, later that year.Halsey has since earned one number-one album on the Billboard 200 with Hopeless Fountain Kingdom, as well as two number-two albums with Badlands and Manic.She has earned two number-one singles on the Billboard Hot 100, including “Closer”, a collaboration with The Chainsmokers, and “Without Me”; she has also attained a top-five single with “Bad at Love”. In total, Halsey has sold over one million albums and has been streamed over six billion times in the United States.All three of her studio albums have been supported by a headlining tour.Halsey is noted for her distinctive singing voice.Her awards and nominations include four Billboard Music Awards, one American Music Award, one GLAAD Media Award, three Guinness World Records, an MTV Video Music Award and two Grammy Award nominations. Outside of her career, she has been involved in suicide prevention awareness, sexual assault victim advocacy and racial justice protests.